Learn How EMTs & Paramedics Identify, Treat, and Care for Patients with Seizure Emergencies 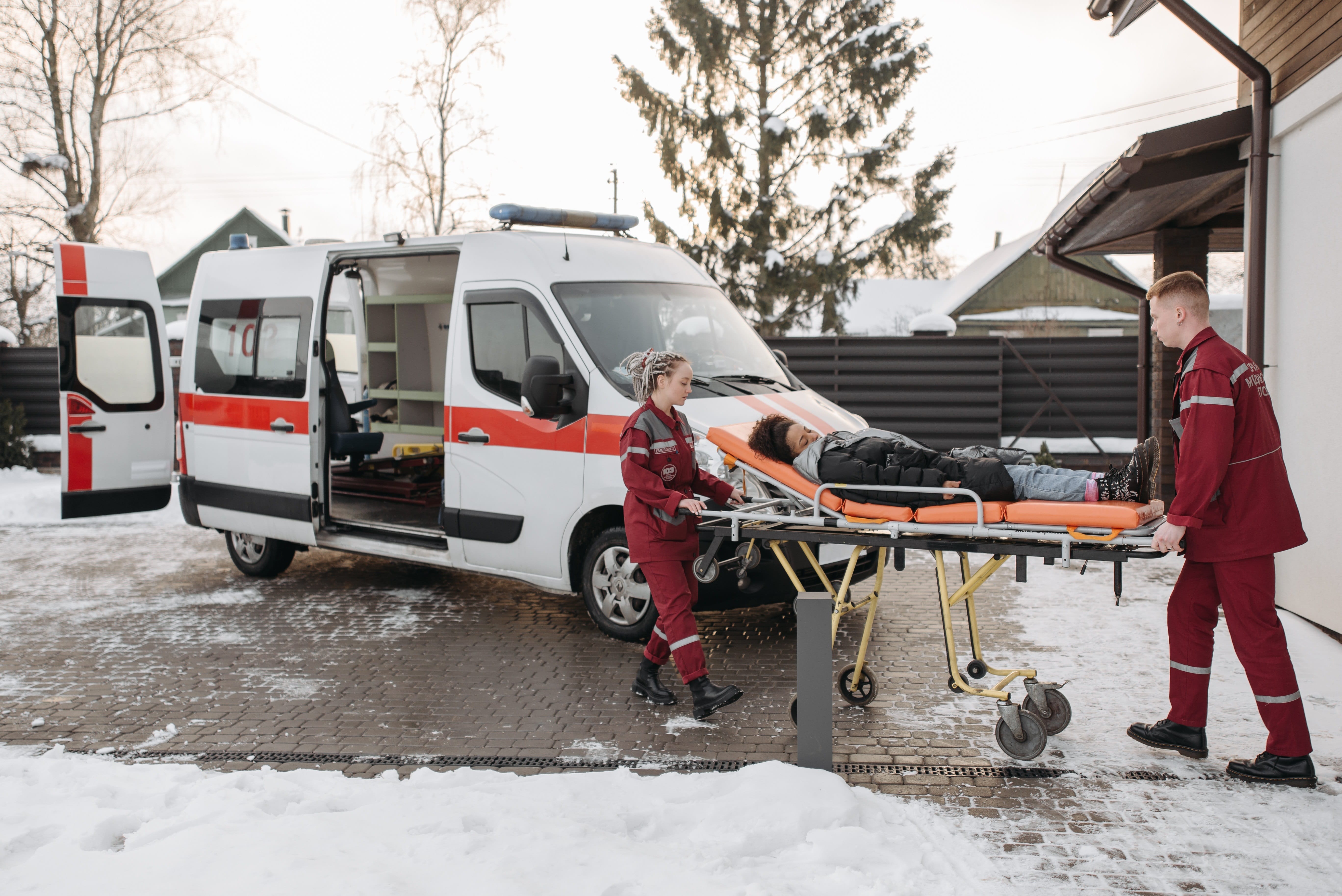 A seizure is the eighth most common emergency that EMS professionals respond to, accounting for almost 5% of all EMS calls.

A seizure (formally called an epileptic seizure) is a period of uncontrolled electrical activity in the brain. It can result in a number of outward symptoms, which may include: convulsion, minor physical signs, thought disturbances, or a combination of symptoms.

The type of symptoms and seizures depend on where in the brain the abnormal electrical activity is located, what caused the electrical disturbance, and other factors such as the patient’s age and general state of health.

A seizure can be caused by a wide range of conditions, including:

In 70% of seizure cases, no cause for epilepsy can be found, though genetic factors likely play a role.

What Is a Seizure?

A seizure is a period of abnormally excessive brain activity. Visible symptoms can range from uncontrolled shaking movements involving much of the body with loss of consciousness (called tonic-clonic seizure) to shaking movements involving only part of the body with variable levels of consciousness (focal seizure) to a slight momentary loss of awareness (absence seizure). In most cases, a seizure will last less than 2 minutes, and the afflicted person will need some time to return to normal—generally 3 to 15 minutes, but it may take hours.

Seizures may be provoked or unprovoked. A provoked seizure is the result of a temporary event, such as low blood sugar, alcohol withdrawal, abusing alcohol together with prescription medications, low blood sodium, fever, brain infection, or concussion.

Unprovoked seizures can occur without a known or identifiable cause and will likely be recurring. This type of seizure may be triggered by stress or sleep deprivation. Diseases of the brain, where there has been at least one seizure and an ongoing risk of recurring seizures, are collectively known as epilepsy.

Any seizure that lasts for more than a brief period is a medical emergency. Any seizure lasting longer than 5 minutes should be treated as status epilepticus, leading to permanent brain damage or death.

The first seizure someone experiences generally does not require long-term treatment with anti-seizure medications unless a specific problem is found on an electroencephalogram (EEG) or brain imaging machine. Typically, it is safe to complete the work-up for a single, first-time seizure as an outpatient treatment. However, in many cases, what appears to be the first seizure was actually preceded by other smaller seizures that went unrecognized.

Here are some other quick facts about seizures:

Signs and Symptoms of Seizures 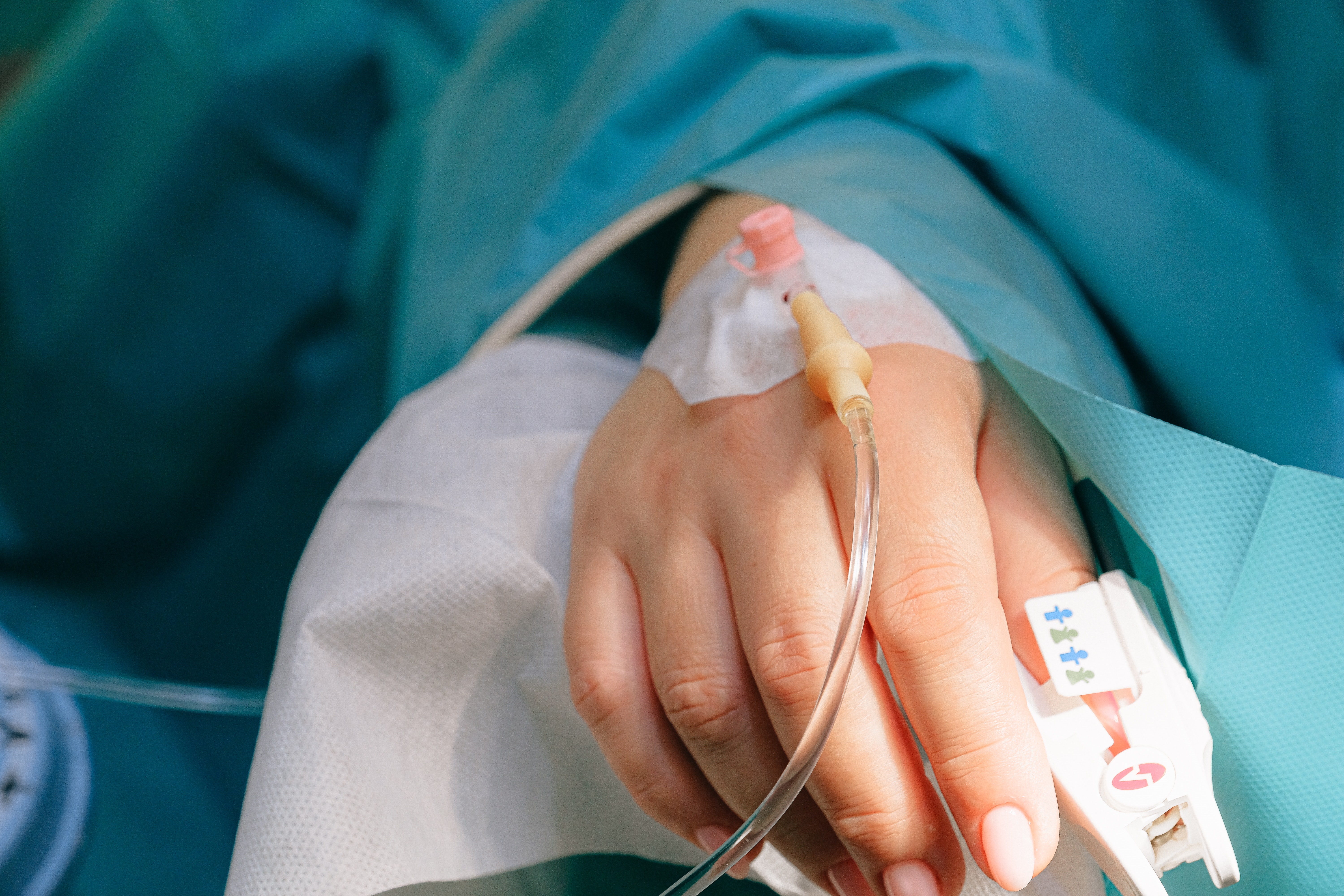 Focal seizures often begin with certain experiences, known as an aura. These may include sensory, visual, psychic, autonomic, smell, or motor phenomena.

A person may appear confused or dazed in a complex partial seizure and cannot respond to questions or directions.

Jerking activity may start in a specific muscle group and spread to surrounding muscle groups, known as a Jacksonian march. Unusual activities that are not consciously created may occur as well—these are known as automatisms and include simple activities like smacking of the lips or more complex activities such as attempts to pick something up.

What Are the Different Types of Seizures?

How Long Do Seizures Last?

A seizure can last from a few seconds to more than five minutes, which is known as status epilepticus. Most tonic-clonic seizures last less than two or three minutes. Absence seizures are usually around 10 seconds in duration.

What Is the Postictal Period?

After the active portion of a seizure, there is typically a period of confusion called the postictal period before a normal level of consciousness returns. This usually lasts 3 to 15 minutes but may last for hours. Other common symptoms include: feeling tired, headache, difficulty speaking, and abnormal behavior.  Psychosis after a seizure is relatively common, occurring in between 6 and 10% of people. Often people do not remember what occurred during this time.

What Causes a Seizure?

Seizures have several causes. About 25% of people who experience seizures have epilepsy. Several conditions are associated with seizures but are not caused by epilepsy. These include most fever seizures and those that occur around an acute infection, stroke, or toxicity. These seizures are known as “acute symptomatic” or “provoked” seizures and are part of the seizure-related disorders. In many cases, the cause is unknown.

These are the different causes of seizures common in certain age groups:

Dehydration can trigger epileptic seizures if it is severe enough. Several metabolic disorders can cause seizures, including:

Both medication and drug overdoses can result in seizures, as well as withdrawal from certain medications and drugs. Common drugs involved in causing seizures include:

Withdrawal seizures, or delirium tremens, commonly occur after prolonged alcohol or sedative use.

Infections cause many cases of seizure and epilepsy, especially in Third World countries. These infections include:

Stress can cause seizures in people with epilepsy. It is also a risk factor in the development of epilepsy. Severity, duration, and time at which stress occurs during development contribute to the frequency and susceptibility to developing epilepsy. It is one of the most frequently self-reported triggers in patients with epilepsy. Stress triggers a release of hormones that mediate the effect of stress on the brain. These hormones act on both excitatory and inhibitory neural synapses, causing neurons in the brain to become hyper-excited.

Other Causes of Seizures

Seizures may occur as a result of a variety of conditions or triggers, including:

When to Call 911 for Seizures

Seizures do not usually require emergency medical attention. Only call 911 if one or more of the following are true:

How to Treat Seizures

General steps to help someone who is having any type of seizure:

When most people think of a seizure, they think of a generalized tonic-clonic seizure called a grand mal seizure. In this type of seizure, the person may cry out, fall, shake, or jerk, and become unaware of what’s going on around them. 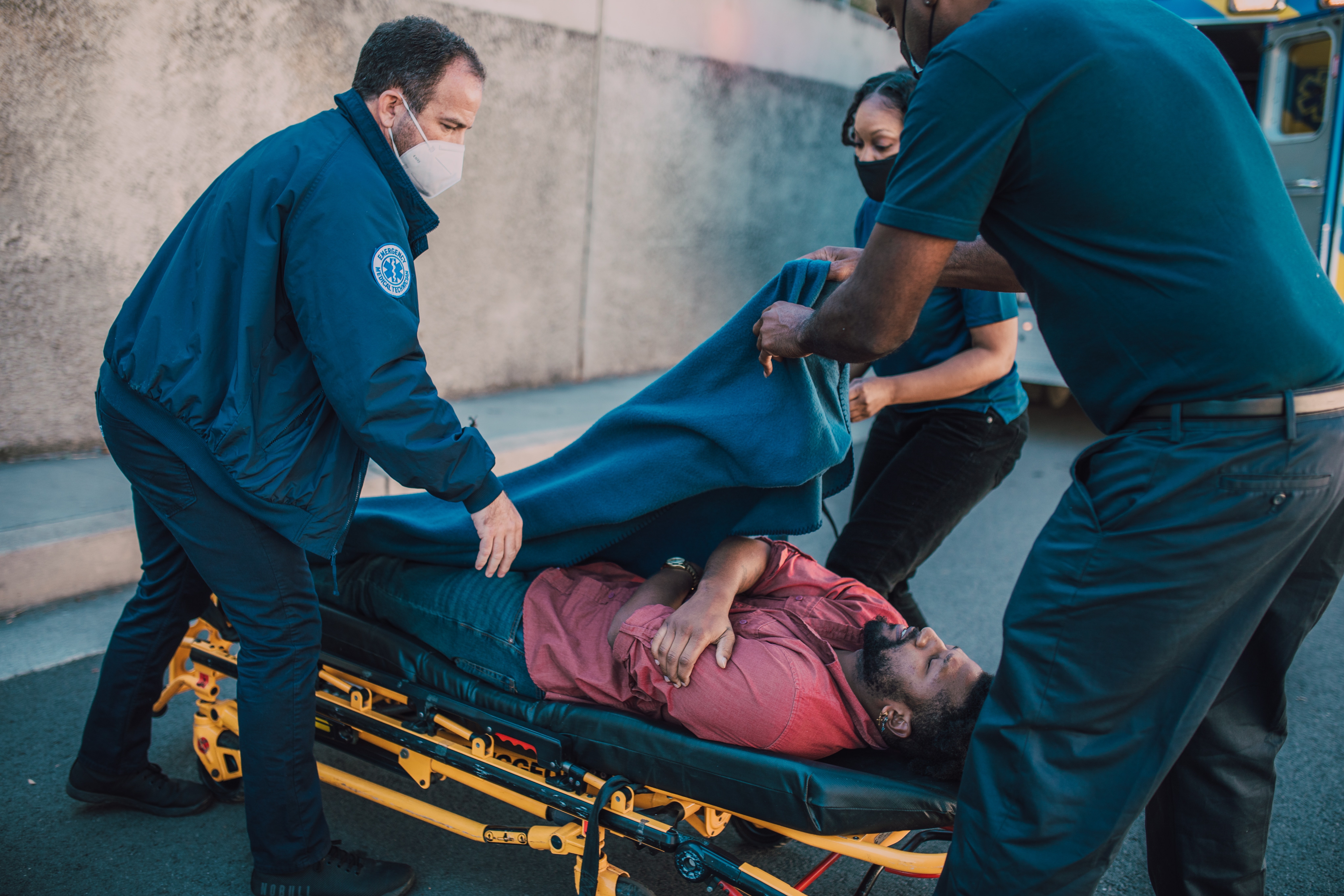 What you can do to help someone having a seizure:

What NOT to do for someone having a seizure:

How Do EMTs & Paramedics Treat Seizures?

For all clinical emergencies, the first step is a rapid and systematic assessment of the patient. For this assessment, most EMS providers will use the ABCDE approach.

The ABCDE (Airway, Breathing, Circulation, Disability, Exposure) approach is applicable in all clinical emergencies for immediate assessment and treatment. It can be used in the street with or without any equipment. It can also be used in a more advanced form where emergency medical services are available, including emergency rooms, hospitals, or intensive care units.

Treatment guidelines for a seizure can be found on page 94 of the National Model EMS Clinical Guidelines by the National Association of State EMT Officials (NASEMSO). NASEMSO maintains these guidelines to facilitate the creation of state and local EMS system clinical guidelines, protocols, and operating procedures. These guidelines are either evidence-based or consensus-based and have been formatted for use by EMS professionals.

The guidelines include the following assessment:

What Is the EMS Protocol for Seizure Emergencies?

—    Make sure the mouth and airway are clear of any items that well-meaning but misguided bystanders may have inserted. Do not attempt to secure the tongue.

—    Loosen restraining garments around the neck and airway.

—    Determine the need for airway support (breathing may be arrested at the start of the seizure as muscles contract, resulting in a bluish tinge to tissues, and may be shallow during the postictal phase) if the airway is compromised by secretions, blood, or vomit, suction to remove.

—    Maintain an open airway and administer oxygen using an appropriate delivery device, such as a non-rebreather mask with 100% supplemental oxygen at 12- 15LPM. (If ventilations require assistance, consider inserting a nasopharyngeal airway (NPA) and maintain until the patient can control his or her airway.)

—    Assess the presence of a pulse and closely monitor pulse rate. This is critical in an actively seizing patient because of the risk of cardiac arrest due to low oxygen levels (hypoxia).

—    Initiate and monitor ventilatory and cardiac status. If available, utilize BP, EKG, pulse-oximetry, eTCO2, and other approved methods of monitoring the effectiveness of the cardiopulmonary systems.

—    Look for medical ID bracelet or necklace on patient or in patient’s wallet if authorized (“epilepsy”, “seizures”, “seizure disorder”, “diabetic”, etc.). Lack of medical history ID does not rule out epilepsy.

—    Obtain a focused history from witnesses, family, or accompanying individuals about any diagnosis of epilepsy and other precipitating events, history of pregnancy, diabetes, alcohol/drug use, history of abnormal ingestion, or known head injury. 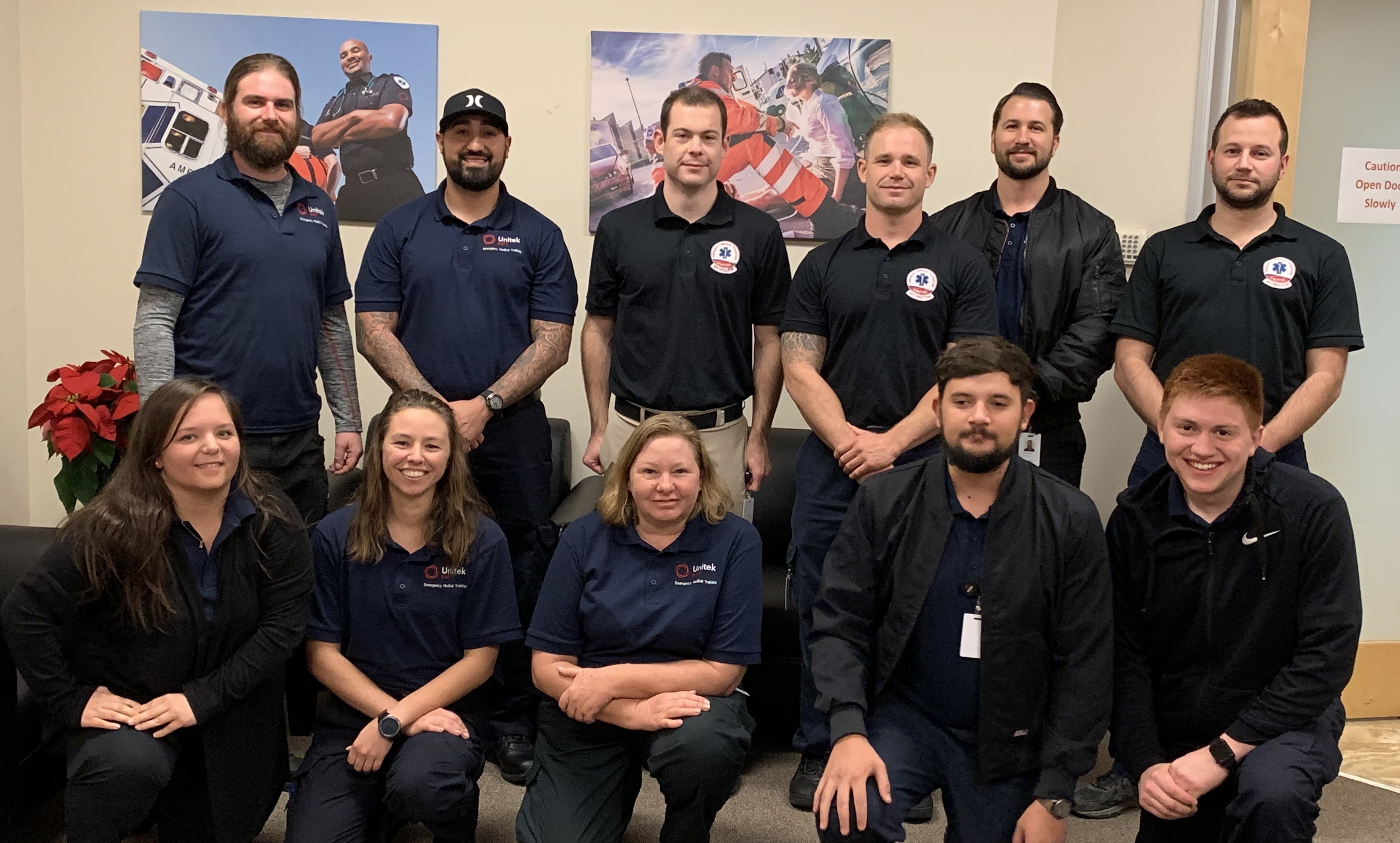 Unitek EMT is one of the premier EMT schools in Arizona and serves students from around the county. Our mission is simple: training the next wave of top-notch EMT professionals. We offer various training options to fit your needs, including an accelerated EMT program, to get you mission-ready and certified fast. Unitek EMT instructors are experienced leaders in their fields, and our real-world training scenarios are ideal for aspiring EMT professionals.