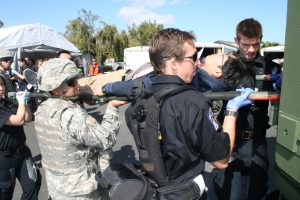 Military personnel work together with civilian EMTs to transport a volunteer patient at Operation Urban Rescue on April 5th, 2014.

When the next big disaster hits California, will you be ready? 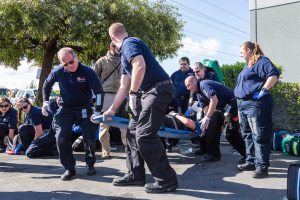 Operation Urban Rescue also served as a training exercise for Unitek EMT students, who gained first-hand knowledge about treating critical injuries in a disaster setting. Students worked alongside instructors and military and civilian personnel to treat simulated injuries in the field. They also had the opportunity to transport patients to helicopters for further medical care at Washington Hospital. Intensive training events like Operation Urban Rescue help students to become the elite EMTs that go on to serve our community. 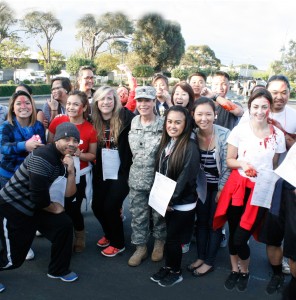 Throughout the event, CALSTAR and the Sonoma County Sheriff’s Office transferred patients via helicopter for treatment in nearby Washington Hospital. Practicing life-saving techniques can only help to reduce loss of life from future disasters.

Our mission is simple: train elite EMTs. Unitek EMT’s 14-Day Boot Camp is an extraordinary program that prepares students for their NREMT over 2 weeks of intense training and real-life simulations.